In 1921 German cities were still ravaged by WWI and the economy was in shambles. 26-year-old Ben Breuer, along with the rest of Germany, struggled to find work. His frustrations grew as the living conditions of a country he fought bravely for continued to disintegrate. Heartbroken, battle-scarred, and hungry, Ben finally accepted his brother’s offer to join him in America in search of a better life. After sailing the Atlantic and passing through Ellis Island, Ben settled down by his brother and sisters in Milwaukee, WI. In 1927, Ben and his brother Joe put their metal working skills to use and opened a small shop aptly named Breuer Brothers. Within a couple years Ben saved enough money to pay for his wife, Toni, and 2-year-old son Bernard, to join him in America.

The cumulative effects of the Roaring 20’s and the Great Depression proved too much for the brothers to overcome and they were forced to close the doors after two short years. In 1932 Ben branched off on his own, moving his wife and son to Beaver Dam, WI to work at the Western Malleable Foundry making tools for the farming industry. Even with a new job and the ability to provide for his family, Ben still felt something was missing. His desire for creating ornamental ironwork could not be tempered and before long he was taking on as much side work as he could. Much like his first business venture, Ben was able to enjoy his passion for only a couple years. WWII struck and he could no longer acquire materials because his products were deemed non-essential to the war effort.

Not only did WWII take Ben’s materials away, but his only son was shipped off to fight against their native country as well. While in line at a market in France, a 19-year-old girl approached Ben’s son, Pvt. Bernard Breuer. In broken English, she offered him her last three pears in exchange for his K-ration. The two went their separate ways after a brief visit but not before taking a fancy to each other. Bernard returned to action as a member of the Army Corps of Engineers in Sicily, where he was shot in the back by aircraft artillery. He was transported to a hospital in Marseilles where as luck would have it, Simone, the French girl with the pears, was at the same hospital taking nursing classes. The young couple fell in love in the time it took Bernard to heal from his wounds. They were married in Simone’s hometown of Nice, France in 1945.

Bernard sailed back to the U.S. with his fellow soldiers shortly after the newlyweds exchanged vows. Simone followed a couple months later spending a week at sea on a hospital ship full of war brides & injured soldiers. She sailed from France to New York where she hopped on a train to South Beaver Dam where Bernard was patiently waiting.

Now that the war was over, the old German decided to take another shot at his dream and in 1947 opened the doors to Ornamental Brass & Ironworks. His son Bernard landed a job as a traveling salesman for Monarch Range and he and Simone were relocated to North Carolina where they began their family. By 1948, father needed help with the business and son was tired of traveling. Wanting to be closer to family now that they had their own, Bernard and Simone moved their toddler sons, Bernie and Jerry, back to Beaver Dam. The father & son team operated out of the garage of the Ziegler Brewing Co. making railings, barstools, tables, & other decorative items. Following a few years of relative success in doing something he took great pride in, Bernard invested what little savings he had to become a full partner. In 1955, with his father’s blessing, Bernard changed the name to Breuer Metal Craftsmen.

Over the next decade, Bernard dedicated his time to keep the company going while Simone took care of their 5 children. For years times were tough but as the kids got older and started helping out at the shop, Bernard began to think about the future of the business and the opportunity it would offer his children. In 1966, hoping to entice his sons into the family business, Bernard and Simone mortgaged everything they owned to build a 10,000 square foot facility on Spring St. It worked, and after some college and adventures of their own, Bernard’s three sons joined him in the 70’s; Bernie as manager, Jerry in estimating and sales, and Paul in plant management and engineering. After taking some classes at the local vocational school, Simone came aboard full time to handle the accounting. Grandpa Ben was proud to see his son and grandchildren carry on the dream he had as a young man, but his bout with cancer got the best of him. He passed away in 1973 leaving behind quite a legacy. 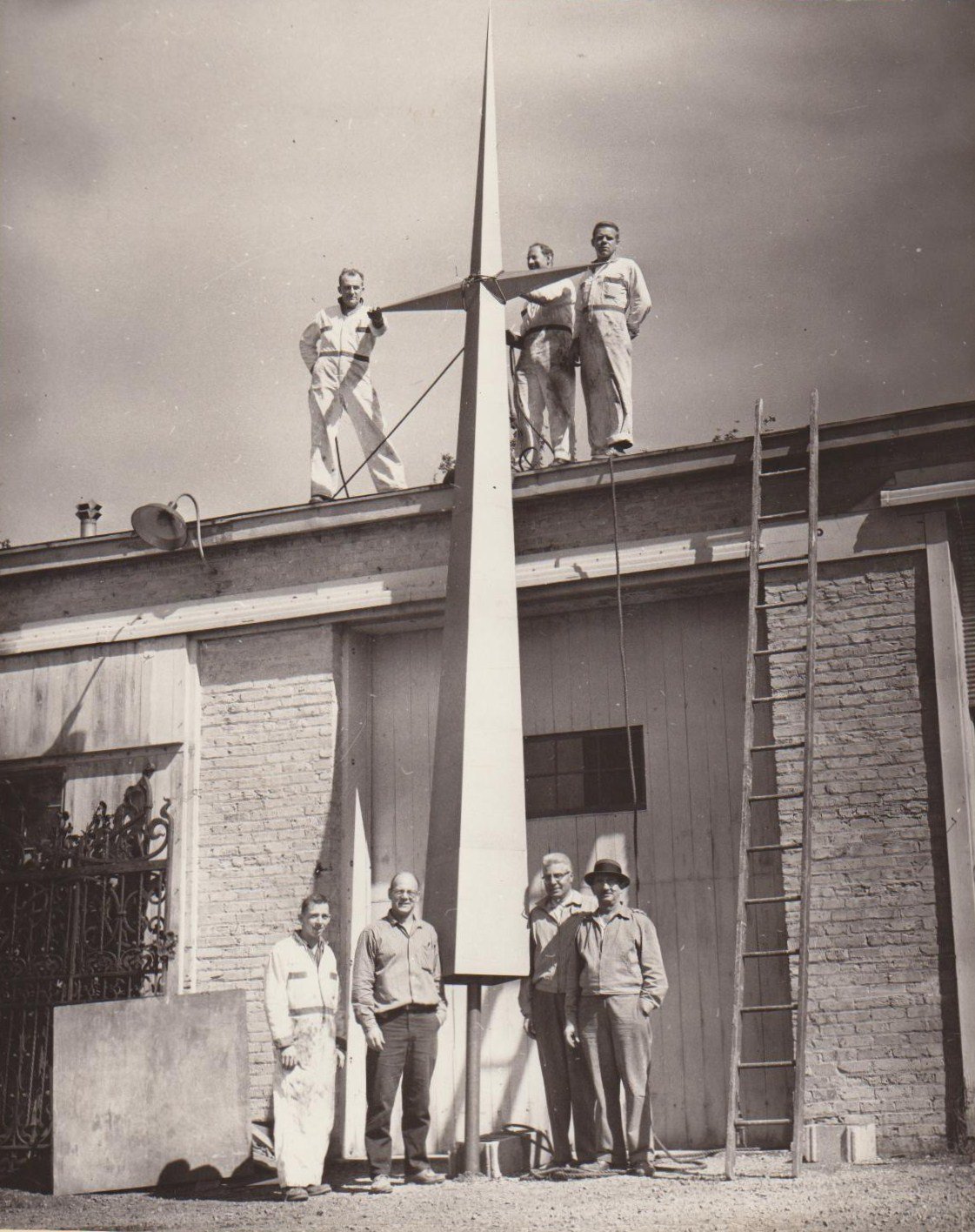 In the early 80’s, Bernie, Jerry, & Paul began planning for the construction of a new plant. An increase in workload, equipment, types of work, & number of employees lead to two expansions at the Spring St. location but it was still crowded. Plans for a new facility were underway when, in 1986, Bernard lost his battle with cancer. While he was never able to see the new building, Bernard, much like his father, was able to see his sons carry on his life’s work. In 1989, President Simone Breuer, her three sons, and 40 employees opened the doors to the new manufacturing plant on Beichl Ave.

The specific and separate areas of expertise of the three brothers were crucial to the increased success of the business and over the next 2 decades the 30,000 sqft manufacturing plant grew to 85,000 sqft. Simone kept a tight grip on the checkbook allowing for the company to survive through some difficult times. During those 20 years Bernie, Jerry, and Paul explored different markets and succeeded in establishing a well-respected reputation among contractors, erectors, & architects. Seeing their products reach cities throughout the Midwest and countries as far away as Australia created a great sense of pride among the brothers and the men and women who worked there.

Like their grandpa and dad before them, the 3rd generation brothers are able to pass down the opportunities and responsibilities of business ownership to their kids. In 2006, members of the fourth generation began to enter the picture. By 2016 two of Bernie’s children & two of Jerry’s kids were working alongside their fathers. As of 2021, with the experience of 96 years, Simone, the French girl with the pears, works alongside her two sons and four grandchildren. Patrick’s duties include project management and estimating, Ben takes care of estimating & IT, Chris oversees building and grounds, maintenance, and safety and Natalie takes care of invoicing and accounts receivable. Bernie remains manager and head of purchasing. Jerry is still holding down the fort in estimating. Simone still works the books. After 35 years of playing an enormous role making the business what it is today, Paul retired in 2019.

**Authors note: The above is a narration of the business in regard to the Breuer family. This story cannot be told without mentioning the employees who are our work family. The hard work, dedication, & time of all those who work or have worked at Breuer Metal Craftsmen is the biggest reason for the company’s success. Some people hopped aboard right out of high school and haven’t looked back. Some joined us later in life and stuck around for quite a while. We see their families grow over the years as they come to work every day and help the business grow. To those still here, to those who have moved on, and to those who are with our ancestors, we profoundly thank you.

Discuss Your Next Project With Us

Give Us A Call